“Helping families rebuild with confidence…every step of the way”

There are approximately 70 million baby boomers in the United States today. That is more than the entire population of the United Kingdom! These citizens are quickly approaching retirement and will need a place to call home. The current infrastructure in America does not have the capacity to house this projected volume of seniors. The need for suitable accommodations became even more of a priority after the COVID-19 virus penetrated large senior living facilities, revealing significant safety concerns. Many families are seeking to remove their loved ones from these large facilities to find a safer alternative, but there is a lack of smaller assisted living communities in the current market. The need to build is evident, however developers are currently facing a market that is experiencing sky-rocketing material prices. A price increase in construction materials may cause more expensive rent to be charged to the residents of said development. This may leave the developers to question the financial feasibility of the project altogether. If they are forced to charge above market rent, then it is unlikely that the development will reach full occupancy and therefore struggle to generate enough revenue to recoup the investment in an appropriate amount of time. The single most effective way to cut construction costs in today’s market may be via off-site construction. Modular construction offers a cost-effective alternative to traditional building methods when developing senior living facilities in an expensive market. 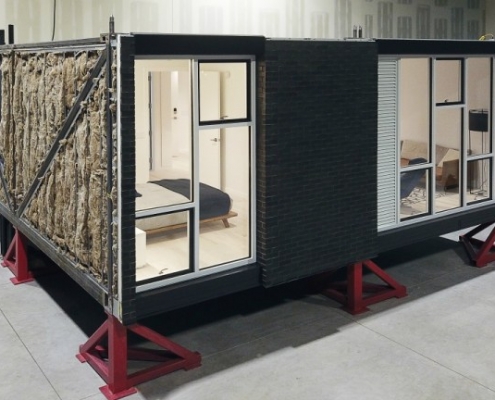 Modular Building: Trailer Parks or the Wave of the Future?

Time: a Developer’s Most Valuable Asset

Senior living developer Jason Hess of Elite Care says that “If we were using traditional wood frames and building on site, construction could take 12 to 18 months. Using modular construction, we cut that time in half. That is a big win. We can open six to nine months sooner, which allows us to start caring for residents sooner, and allows us to generate revenue sooner.” Elite Care currently has two modularly constructed senior living facilities operating in Oregon. The utility in employing modular construction is twofold; the offsite construction of the modules ensures precision and quality, and the time to complete construction is nearly cut in half. This saves money by forgoing the lengthy traditional construction process and the associated high labor costs. It is important to note that on-site traditional construction labor is more expensive than off-site construction labor. We believe this is due to the assembly line nature of modular manufacturing. Completing the build faster ensures that the facility will start generating revenue sooner, thus making it easier to satisfy investors and secure construction financing.

Historically, the commercial banking industry has approached modular construction loans with a fair amount of hesitancy. We believe this is because of the high amount of risk associated with the way loans are disbursed for modular builds. The majority of the material funds are requested from the lending institution at the beginning of the project, rather than a gradual disbursement as construction progresses as seen with traditional builds. The disbursement is handled this way because while the modules are being built in the factory, they are not yet considered real estate. Only once the modules have been delivered to the site 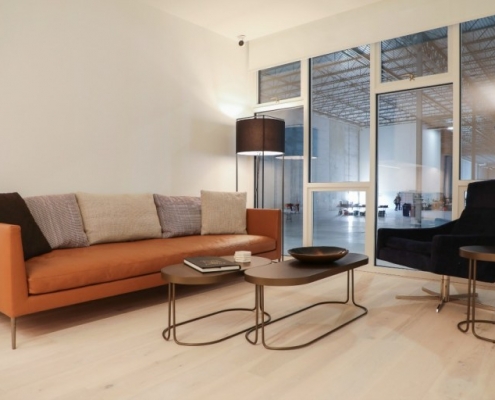 and bolted to the foundation does it become real estate. Therefore, the modules are treated the same as any other construction material or fixture and thus the funds for such materials need to be paid to the modular manufacturer upfront. Major financial institutions are regulated by underwriting rules that permit a specific ratio for off-site stored materials. This ratio is far too small to allow for the entire vertical structure to be compiled off-site.

The good news is that after the pandemic disrupted the market in 2020, modular builds were recognized as a safer alternative for builders and many commercial projects switched to pursuing private lenders for modular funding. Private funding is not subject to the same underwriting regulations as commercial lenders are required to adhere to. The commercial development market has taken a liking to modular builds because of safety and speed with some of the most ambitious projects currently in the works. For example, the AC Hotel in New York City will be the tallest modular hotel in the world at 26 stories when it finishes construction. Some private lenders have even partnered with modular manufacturers in order to make the disbursement process as seamless as possible. The popularity of modular construction within the commercial development space is only anticipated to grow. Per research from MarketsandMarket, “The modular construction market is projected to reach as high as $157 billion by 2023.” The more money, and faith, that is put into the modular construction market, the easier lending will become. Maybe even the commercial banking lenders will come around some day as well. Until then, private lenders are foaming at the mouth to lend on modular projects and any developer interested in making a deal will not be as hard pressed to secure funding.